The State Championships again proved a positive learning experience for all of our athletes.  Congratulations to Alannah Upson who won her first gold medal in the 1100m Walk.    Once again Elli Symonds was a star to watch winning 2 gold medals in High Jump and 60m Hurdles and silver in the Long Jump.  It was Ellie’s positive attitude that set her apart from her competitors though when she missed qualifying for the 100m but still had time to console others.  These are the moments that will long be remembered.

Congratulations to Emily Smith, Shannon Delaney and Alex Hayes for their wonderful performances in their walk events and proving that Seaford LAC have a healthy walk program established.  A special mention to Shannon for showing great resilience to complete most of his race with only one shoe.  Well done to Erich Holohan and Mali Goggin for strong performances in your heats in what were very competitive races.  Well done also to Jacob Barry, Alex and Maddison Staines who held their own in their field events.  Congratulations also goes to Kyle Smith on your 2 events at State in your final eligible year as U/15.  It’s a fitting reward to farewell your sport with an appearance at the Championships and your 12th placing in Javelin is a wonderful reward for perseverance.  In an era where there are never ending choices of activities, it is refreshing to see kids stick to something and see it through.

Congratulations to all of our Seaford athletes for their efforts at both the Regional and State Track & Field this season.  Not only did many of you achieve Personal Best results but you represented our Club impressively with your good sportsmanship and positive attitudes.  These championships can’t take place without many hands being involved.  Thanks to Katie Symonds and Therese Smith for completing the huge task of Team Manager at the Championships.   Many thanks also to every parent who completed a duty, cheered or helped deliver equipment  throughout the respective weekends.  Thanks must also go to our fabulous Walk Judges Karen Simonsen, Butch Horsman, Heather Ducat and Sylvia Cook and our equally fantastic Officials Murray and Therese Smith for their time and dedication to both Region and State Championships.

Finally a big thankyou to every parent and athlete for the support you provided as a team.  I’m sure our athletes performed that little bit better because of the Seaford cheering echoing around the track.  I hope you all enjoyed the experience and will be back again next year.

Starting the day with a golden performance was Under 10 athlete Alannah Upson who placed first in the 1100m walk for her age group and booked herself an automatic place at the State Championships in March.  The race walkers from Seaford continued to shine for the morning when Under 11 athlete Emily Smith took Silver in the U/11 girl’s race in a close finish.  The boys added to the podium with a bronze each for Shannon Delaney in U/11 and Alex Hayes in U/14.  A big congratulations also to Aiden Smith who set and achieved his goal of attaining a finish time with a 6th placing – Well done!  It is important for all of our athletes to recognise their own individual goals and how to work towards them.

Elli Symonds added to the mounting medal tally on Day 1 with a gold medal in the U/10 High Jump.  Equaling her personal best of 1.35m, the State Multi Champion continues to find an extra gear with her performances.  Alex Hayes increased the team’s collection when he gained a second bronze medal with a third place in Discus.

Day 2 was jam packed with further action and more Seaford medals.  Jacob Barry kick started the day’s medal haul with a bronze in the U/14 Long Jump.  A 6th place in the 100m final paved the way for an exciting final race in the 200m Hurdles.  Unfortunately the most spectacular fall of the day went to Jacob in the 200m Hurdles final where he crashed out on the second flight after a sizzling start to the race.  Supported by team mates at the end, Jacob needs to be commended for his positive attitude.

Justin Ott added a bronze in the U/14 High Jump as well as a 5th placing in the Long Jump.  U/10 Elli Symonds ramped up the medal charge with 2 gold in the 60m Hurdles and Long Jump and silver in the 100m to bring her personal tally to 3 gold and 1 silver for the 2017 Championships.  U/14 Maddison Staines added a silver medal to the Seaford numbers with a second place in the Shot Put.   U/15 Kyle Smith was the unluckiest Seaford athlete narrowly missing medals in the javelin and Long jump with 4th placings in both.  Also just missing a medal on day 2 was U/9 Noah Silverman in the Discus.

The 2016 SMR Region Relays were held at Caulfield LAC on Saturday 19th November.  Seaford LAC were represented by 17 teams at the Region Championships.  10 of our 17 teams qualified for finals on the day with Seaford winning 2 bronze medals for their efforts.  Ben Delaney, Justin Ott, Ethan Buchanan and Lachlan Smith combined in the Under 14 4 x 200m relay for a third placing.  The Under 15 team of Jaycob Roberts, Alex Hayes, Jacob Barry and Kyle Smith backed up in the next boy’s 4 x 200m race to also claim a bronze medal.

Two Seaford athletes also took the opportunity to participate in Southern Metro Region teams adding 2 medals for the Centre.  Running in SMR teams on the day were Seaford runners U/14 Maddy Staines and U/15 Kyle Smith.  Maddy nabbed a silver medal as part of the SMR Under 14/15 medley team while Kyle netted a second bronze medal for the day with the SMR Under 15 Mixed 4 x 100m team. 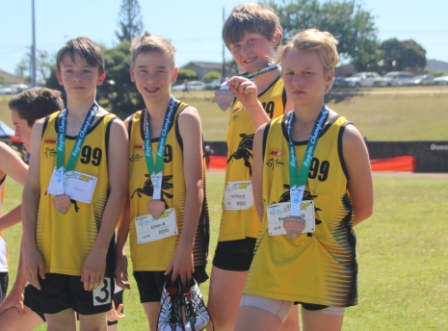 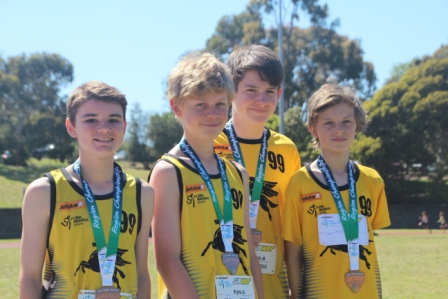 Seaford Little Athletics took a spooky turn over the weekend as they gave the first twilight meet for the season a Halloween touch. Round 5 took place on Friday 28th October with witches and zombies taking to the track with gusto for the Fright Night Meet.  Our Halloween twilight meet featured some haunted hurdlers, spooky sprinters and troublesome triple jumpers. Well done to everyone on a frightful effort. Full photo gallery available to members through our Private Facebook Page. 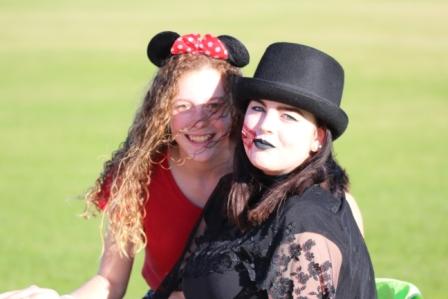 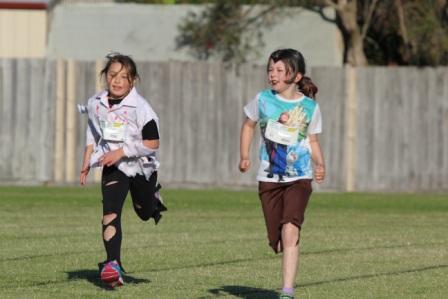 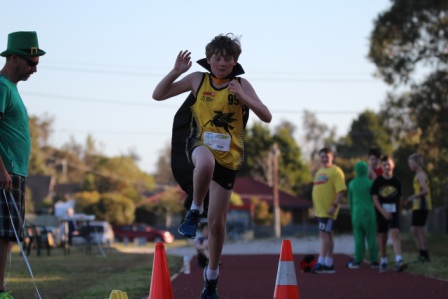 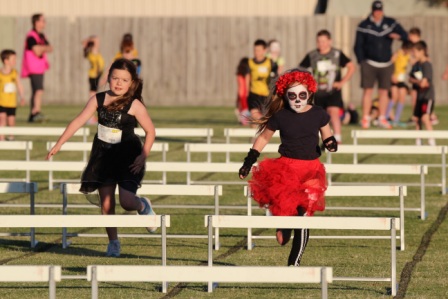 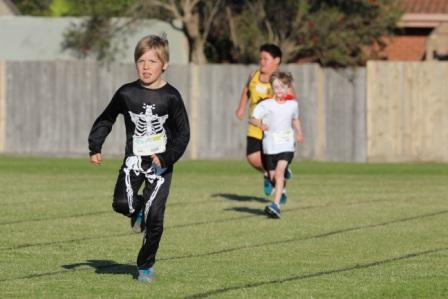 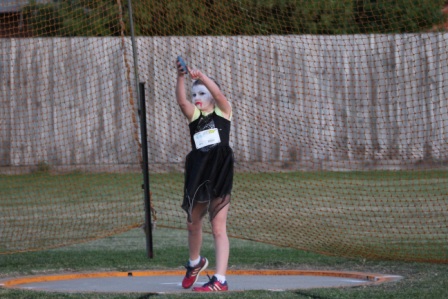 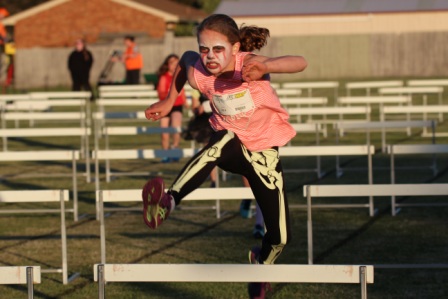 The Cross Country season finished with a Presentation Day on Saturday August 26.  The final event of the season was the ever popular stern chaser.  This year's race added an extra twist with some of the keener race walkers electing to walk the course rather than run.  The hill proved a challenge for techniques but all competitors crossed the line to a round of applause.  Congratulations to all competitors on a fantastic season.  A list of the award winners can be found on our cross country page.  An updated list of cross country records can also be found in our cross country section.  Congratulations to Maddix, Jordyn, Riley, Swayde, Shkyiah, Liam, Alex, Lan, Tania and Katie on setting new records this season in their respective running divisions.  Congratulations also to Lan and Emily on new Centre records in their respective walk age groups.